The U.S. bishops agreed to consider revised texts, in both English and Spanish, for the anointing of the sick. 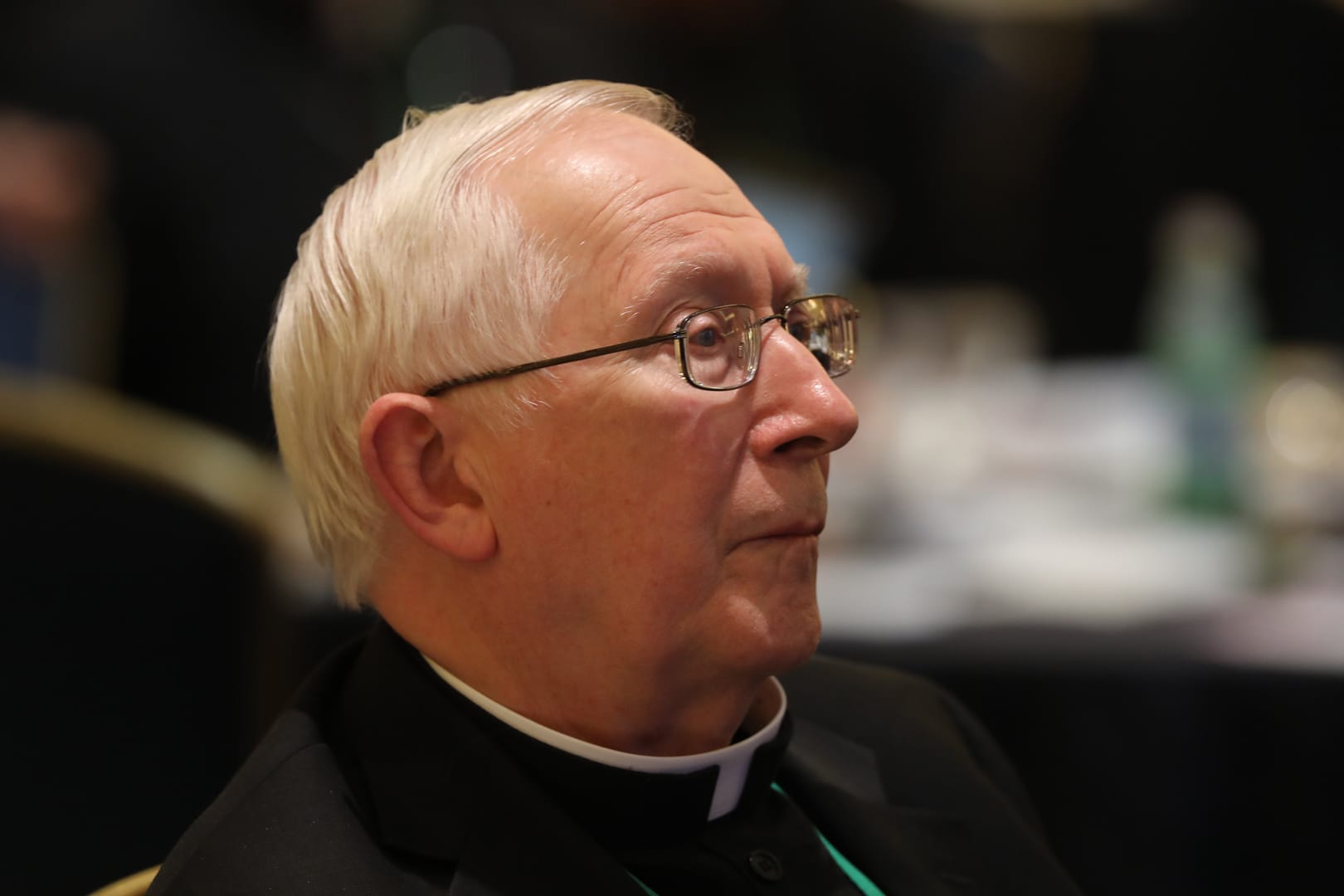 BALTIMORE — The U.S. bishops agreed to consider revised texts, in both English and Spanish, for the anointing of the sick.

“The Order of the Anointing of the Sick and Their Pastoral Care,” submitted by the bishops’ Committee on Divine Worship, was introduced during the bishops’ general meeting. The committee also introduced the document’s Spanish-language counterpart, “Ritual de la Uncion de Los Enfermos y de Su Atencion Pastoral.”

“Since a new English version of this ritual book is being proposed in a separate action item at this meeting, the Committee on Divine Worship is of the mind that we will be best served by having a Spanish version of the text that mirrors the new English book,” said Archbishop Leonard P. Blair of Hartford, Connecticut, committee chairman, in introductory written remarks to his fellow bishops in the Spanish version.

Speaking to the bishops Nov. 15, Blair said, “The committee is of the mind that our (current) book is longer and more cumbersome than it needs to be,” with “options that are not in use or practiced by the priest.” Yet “the Latin version does have some gaps that call for adaptation,” he added; he said those texts are included in the proposed new book.

“These parallel English and Spanish editions will be useful for priests who are more fluent in one language than the other and will also help ensure consistency in the celebration of our rites,” Blair said in his introductory remarks.

If approved, these books would replace an English-language book in use since 1982 and a Spanish version approved in 1983.

“This sacrament offers to the sick the grace of the Holy Spirit, by which the whole person is helped toward salvation, is lifted up by the faithfulness of God, and is strengthened against the temptations of evil and the anxiety of death,” reads the introduction to the proposed document.

In its first chapter, one instruction declares, “It is desirable that the sick be encouraged to pray when alone or with their families or with those who take care of them, drawing their prayer principally from Sacred Scripture, either by meditating on the parts that show the mystery of human suffering in Christ and in his work, or by using formulas of prayer and beloved passages from the psalms and other texts.”

The second chapter advises the priest that, in a hospital setting, “the priest should take account of other sick who may be in beds in the same location. He should be attentive to whether they are able to take part in the celebration or perhaps are very weak, or whether, if they do not profess the Catholic faith, they may appear to become somewhat ill at ease.”

In celebrating the anointing of the sick in a large assembly of the faithful, the proposed document says, “care should also be used to foster the full participation of those present, especially in providing appropriate singing, which can stir up unity in the faithful, foster common prayer, and manifest paschal joy, with which the rite appropriately resounds.”

When it comes time for a commendation of the dying, it says, priests and deacons “by their presence,” it says, “show more clearly that a Christian dies in the communion of the church.”

Rise of Iconic Buildings next to Historic Cathedral in...

Paulist Fathers elect native of Belize as order’s next...

Pope Francis says his ‘heart is shattered’ after Texas...

At funeral, Bishop De Roo remembered for commitment to... Octave of the Nativity: Depend on God in a new year of...

Merry Christmas to you all on this Octave of the Nativity of Our Lord. In her wisdom...

A Storm Is Coming When Benedict Dies

Benedict is like the oldest living member of the family, a relic from another era... 5 Reasons To Be Devoted To Our Lady For Your Salvation

Today John and Sam discuss Our Blessed Mother and 5 reasons why we all must have...