Detail of “Bookplate D.H. Roodhuyzen de Vires van Dishoeck”(1942) by M.C. Escher (Image: WikiArt.org) Armageddon – “What does the Bible really teach about the End of the World, Armageddon, the second coming of Jesus Christ and the final battle against the Antichrist?” Armageddon, Apocalypse, and the Final Battle (Integrated Catholic Life) Spiritual Friendship – “While […]

Armageddon – “What does the Bible really teach about the End of the World, Armageddon, the second coming of Jesus Christ and the final battle against the Antichrist?” Armageddon, Apocalypse, and the Final Battle (Integrated Catholic Life)

Spiritual Friendship – “While I am sorely sympathetic to the desires of same-sex attracted Christians and their need for family and belonging, I believe that the proponents of modern-day spiritual friendship disorder the precious mystery of friendship. ” Spiritual Friendship: Temptation or Belonging? (Christian Research Institute)

Nothing Goes Nowhere – “i know a lot of people were expecting a ‘red wave’ but as i had been cautioning, that’s A LOT harder than it looks.”  you can’t beat “something” with “nothing” (bad cattitude)

Affluent White Female Liberals – “If 21st-century politics is shaping up as class war, the American midterm elections have concretised a troubling facet of this political landscape: this class war is also a sex war.” A sex war is coming (Unherd)

Principled Neutrality – “The only principled position, we have been told, is neutrality. The voters can approve or disapprove abortion as they like, but what matters is that the voters decide.” Bleeding Montana (Ius & Iustitium)

Death by Academic Books — “The road to hell was once paved with good intentions—but nowadays we settle for symbolic gestures. They’re much cheaper than good intentions.” Academic Publishing and the Death Instinct (The Honest Broker)

No Wave – “Tuesday may have been disappointing for Republicans, but pro-abortion fanatics didn’t win big either.” Abortion Didn’t Hold Back Republicans (The American Conservative)

A Self-Imposed Exile – “The reason for our journey: ­Wyoming Catholic College. We wanted to get a better sense of the place before I committed myself to four years in the indifferent, yawning landscape of Wyoming.” Why I Went to a Catholic College (First Things)

Metaverse Fantasy – “It’s over. Facebook is in decline, Twitter in chaos. Mark Zuckerberg’s empire has lost hundreds of billions of dollars in value and laid off 11,000 people.” The Age of Social Media Is Ending (The Atlantic)

The LGBT Front – “The United States’ men’s national team have made a huge statement at the World Cup in Qatar by redesigning their crest to incorporate the rainbow flag, in a bid to show solidarity with the LGBTQ+ community.” Qatar: Somewhere Under The Rainbow (The American Conservative)

Christ-Haunted writers – For these writers, all lovers of good literature should be thankful. American Literature and the Catholic Faith (National Catholic Register)

Lion & Lamb – “Finding appropriate kids’ books these days can be tough. Even with an otherwise wonderful local library, there is a great deal of questionable material lurking in the pages of some new releases.” Lion & Lamb seeks to curate the Catholic child’s bookshelf (Aleteia)

Catholic Creativity – The fourth biennial Catholic Imagination Conference, bringing together Catholic poets, novelists and artists for two days of readings, panels, workshops and fellowship, was held from September 30-October 1 at the University of Dallas. Writer on a mission to re-fire Catholic imagination (The Catholic Weekly)

If you value the news and views Catholic World Report provides, please consider donating to support our efforts. Your contribution will help us continue to make CWR available to all readers worldwide for free, without a subscription. Thank you for your generosity!

Making Change from the Ground Up

“We can pray for Ukraine by… 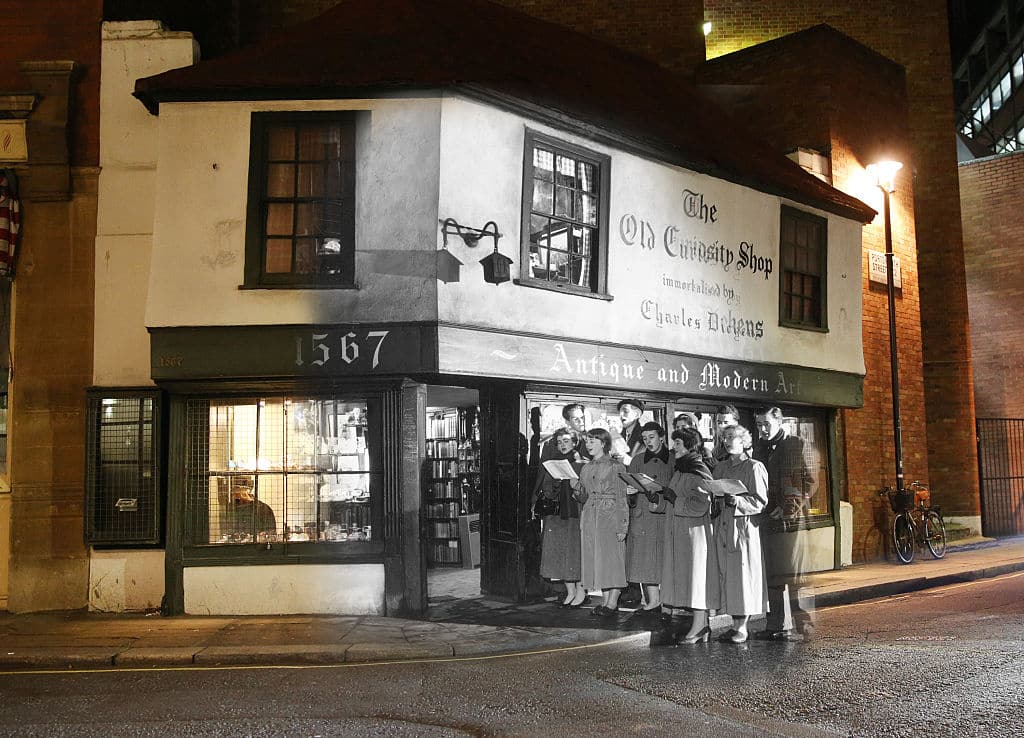 On the Ninth Day of Christmas: Twelfth Cake revisited

Would it be Christmas without a Dickensian flourish? Pen Volger introduces the predecessor... God Is Love: A Reflection on Benedict XVI’s Encyclicals

Editor’s note: In commemoration of the recent death of Pope Benedict XVI, Catholic... The new year is upon us and many have already made their annual resolutions.  Many... 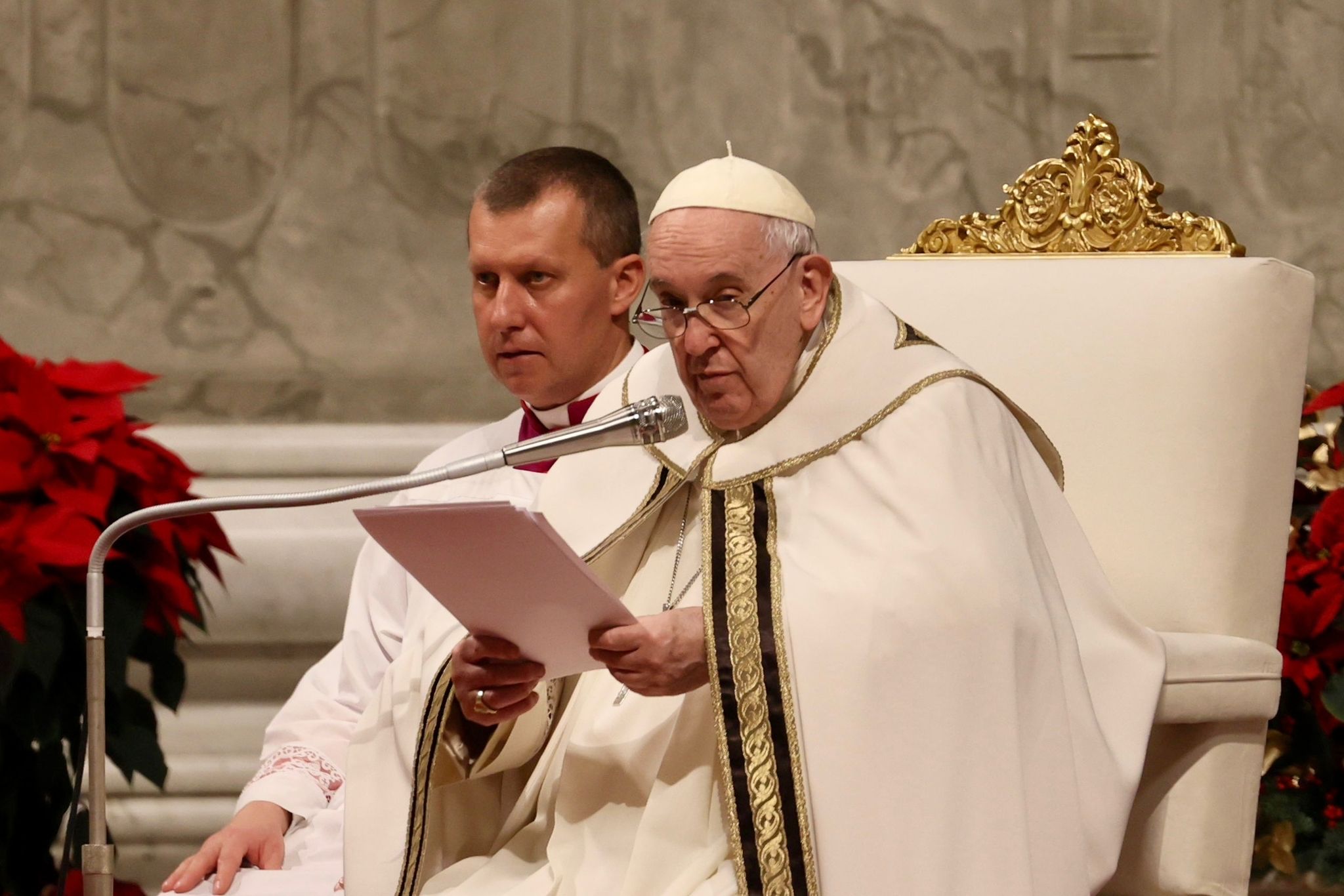 Pope Francis on Christmas: The manger is a sign that God...