In Praise of Dispassion

Some of the best advice ever given is that one ought to think twice before speaking. But we seem to have lost a vital component necessary to think even once: restraint. We’re not restrained, because many believe that blurting out the first thing that pops into one’s head is a sign of “authenticity.” It’s not. The post In Praise of Dispassion appeared first on The Catholic Gentleman. 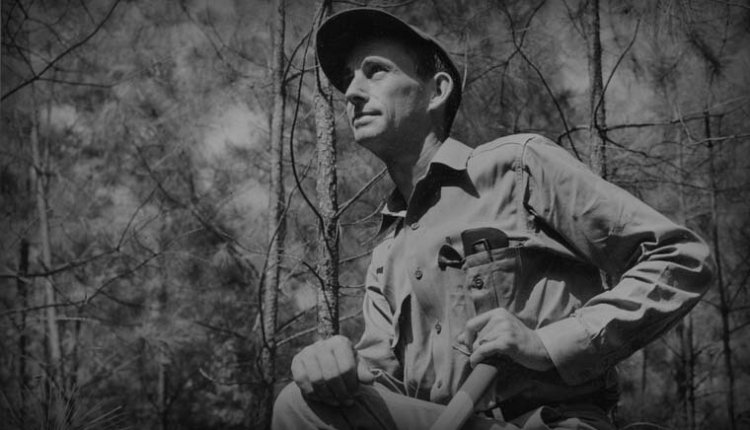 Sometimes we say of people emerging from crises that the hard times brought out the best in them. But that’s not always true.

Let’s be honest: there are a lot of little people out there. I’m not speaking of the poor, the marginalized, or the diminutive in stature. I mean the moral midgets whose formerly quiet lives have lately been amplified to a deafening level by social- and other media platforms. These are people emboldened by the scope of the Internet and the relative anonymity it affords.

Some of the best advice ever given is that one ought to think twice before speaking. But we seem to have lost a vital component necessary to think even once: restraint. We’re not restrained, because many believe that blurting out the first thing that pops into one’s head is a sign of “authenticity.” It’s not.

We really need to be more stoic. I’ll capitalize that word in a moment.

The Oxford English Dictionary defines “stoic” as a “person who practises repression of emotion, indifference to pleasure and pain, and patient endurance in adversity.”

That’s actually in the capital-S “Stoic” entry, which begins, as it should, with mention of the Greek philosophical school. That’s the Stoicism I’m thinking about, although I mean to connect it to Christianity. And why not? Saint Paul did.

Paul went to Athens where he got into many debates, which was easy, as Acts 17 tells us, because “all the Athenians and the foreigners who lived there spent their time in nothing except telling or hearing something new.”

That may sound like our current cultural moment, except that the Greeks actually listened to one another and did so temperately.

At the Areopagus, Paul gave his famous sermon based upon an inscription he’d seen about the Agnostos Theos or unknown god, the thirteenth deity of the Greek pantheon.

The assumed background of Paul’s engagement with the Greeks was his knowledge of Greco-Roman philosophy, in general, and Stoicism, in particular. “Epicurean and Stoic philosophers” were among those gathered to hear him.

Paul knew the Hebrew Scriptures, the tenets of Stoicism, and the teachings of Jesus (the Way, the Truth, and the Life). His intention in preaching was not so much to dissuade the Stoics from their philosophy as to convert them to the one, true faith. Stoicism was very much the fertile ground our Lord spoke of, and Paul was planting seeds therein.

The first principle of Stoicism is that there are things in this world that are within our power (to change or accomplish) and things not in our power. And those latter things ought to be a matter of indifference to us: neglegentia diligens (studied negligence). It was part and parcel with apatheia, which did not mean “apathy” as we understand the word today.

I think of it as a kind of elegant fatalism. Of course, I know we’re supposed to “care” about everything and to “fight” to make the world a better place. And we can do that after a fashion, but – as in the OED’s definition of Stoicism – we need to have “patient endurance in adversity.” Call it dispassion.

To be blunt: In the last four years, I’ve watched as people I admire tied themselves in knots, practically to the point of misery, over the transit of civil life. I’m referring to “liberals” and “conservatives” alike.

Thirty years ago, while working as a consultant for a major New York publisher, I wanted the company to take on a book by C. John Sommerville called How the News Makes Us Dumb, but the title alone was sufficient to scandalize the bluestockings who were my colleagues. It was published elsewhere. Its marvelous subtitle is The Death of Wisdom in an Information Society.

Prof. Sommerville’s points are these:

News schedules turn politics into a perpetual campaign. News packaging influences the timing, content and perception of government initiatives. News frenzies make a superstition out of scientific and medical research. News polls and statistics create opinion as much as they gauge it. Lost in the tidal wave of information is our ability to discern truly significant news – and our ability to recognize and participate in true community.

To that, I will add that the news also makes us stressed and angry. And when I say “us” I mean tens-of-millions of Americans, lately battered by COVID and life’s usual problems – all have fallen into the rapids of rage that have swept up our politics.

Our Lord was not a Stoic: He made the Stoics. No doubt Paul caught the Greek and Roman Stoics’ attention by quoting Christ: “So do not worry about tomorrow, for tomorrow will bring worries of its own. Today’s trouble is enough for today.” (Matthew 6:24)

No one is saved by the blood of Zeno, Epictetus, Marcus Aurelius, Seneca, or Cicero. But the restraint and dispassion inherent in their philosophy was a precursor to Paul’s effective evangelism in Athens and Rome.

If you want a good example of dispassion and restraint, consider our Lord’s Passion – of Him standing before Pilate, to whom he gave “no answer, not even to a single charge, so that the governor was greatly amazed.” (Matthew 27:14)

Or as Paul wrote to the Ephesians (4:26-27): “Be angry but do not sin; do not let the sun go down on your anger and give no opportunity to the devil.”

So, if it seems that many have slipped into a kind of neo-paganism, don’t despair. The faith of Christ began with twelve men and today claims 2.4 billion. Not all who claim to follow Christ really do, but He warned us about that.

Take no thought for tomorrow. In proclaiming Christ’s love, we are saying His victory has already been won:

I have said this to you, that in me you may have peace. In the world you have tribulation, but be of good cheer, I have overcome the world. (John 16:33)

The post In Praise of Dispassion appeared first on The Catholic Gentleman.

From Grateful Dead to Catholic Bishop

Protecting Yourself and Family Online Fighting Hackers with Our Lady’s Help

Today John and Sam are joined by the man who recovered our Instagram page from a... In this week's episode, we are joined by Jim O'Day, Executive Director of Integrity... The Blessing and its Bountiful Benefits

“God bless you” is a common phrase, often heard in the aftermath of a sneeze. ...

WASHINGTON (CNS) — The U.S. bishops have been holding their November plenary session...