Pope Francis delivers the Angelus address, July 17, 2022. / Vatican Media Denver Newsroom, Jul 23, 2022 / 06:00 am (CNA). Pope Francis is set to arrive in Canada on July 24, arriving back in Rome on July 30. During his trip, he’s expected to meet with and apologize to indigenous Canadians for abuses committed […] 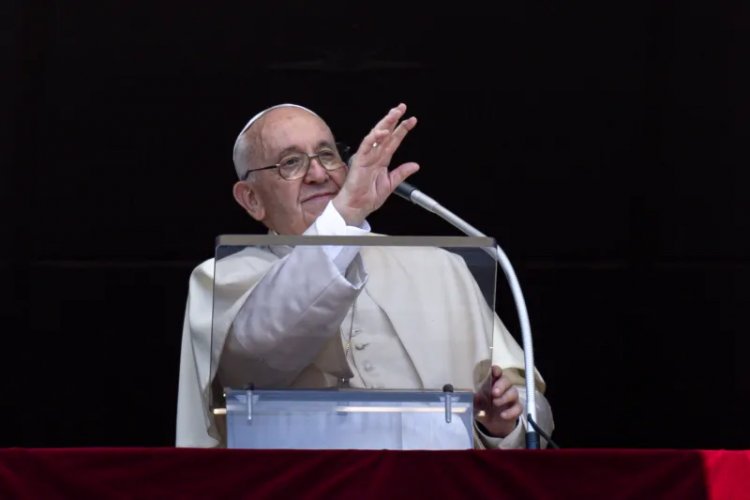 Pope Francis is set to arrive in Canada on July 24, arriving back in Rome on July 30. During his trip, he’s expected to meet with and apologize to indigenous Canadians for abuses committed at Church-run residential schools in the 20th century.

Why this trip, and why now? Here’s what to know:

Where in Canada is Pope Francis going?

The pope’s itinerary includes stops in Edmonton, Quebec City, and Iqaluit, the capital of Nunavut; there’s a depiction below. As you can see, the distances involved are nothing to sneeze at.

In Edmonton, Francis will meet with members of the First Nations, Métis, and Inuit peoples, as well as with indigenous Catholics at Sacred Heart parish.

Later, in Quebec City, he will meet with civil authorities, representatives of indigenous peoples, and members of the diplomatic corps. Then, the pope will depart Quebec and fly some five hours north to Iqaluit to meet with former residential school students. Home to only 7,500 people, Iqaluit is the capital — and only city — of Nunavut, Canada’s northernmost and most sparsely populated territory.

Pope Francis is expected to give nine speeches in total; all will be delivered in Spanish.

Will Pope Francis issue an apology in Canada?

Pope Francis is expected, likely during one of his speeches, to apologize publicly for the harm caused to students who attended Canada’s residential schools, which operated from the 1870s to the 1990s. Some 150,000 children attended the residential schools.

Canada’s residential schools, though they were government-funded, were administered and run by local churches, the majority of which were Catholic. Sisters of the Missionary Oblates of Mary Immaculate, a French religious order, played a large role in running the schools in Canada.

The schools broadly worked to strip away indigenous students’ native identities, practices, and languages, often against the will of the children’s tribes. Former students at the schools have described mistreatment and even abuse within their walls, along with broad criticisms of the quality of education they received, psychological damage, and other issues such as malnutrition and unsanitary conditions.

Pope Francis has reportedly issued private apologies to indigeous people during various meetings at the Vatican. He voiced his “indignation and shame” at the treatment of the indigenous people and asked forgiveness during his April 2022 meetings. In addition to the apology, indigenous leaders plan to ask Pope Francis for the release of all records that relate to the residential schools, and for the return of any indigenous items from Canada that the Vatican may possess in its archives.

Has a pope visited Canada before?

Pope Francis will be the second pope to visit Canada. Pope St. John Paul II made trips there in ​​1984, 1987, and 2002, the latter of which was for World Youth Day in Toronto. Though John Paul also visited Quebec City and Edmonton during his visits, no pope has ventured as far north in Canada as Francis will have when he touches down in Iqaluit.

Another notable point: Sacred Heart parish in Edmonton was in 1991 was designated a National Parish of the First Nations, Métis and Inuit, the first of its kind in Canada.

Which indigenous groups will Pope Francis meet with in Canada?

During his visit, the pope is set to meet with both indigenous leaders and Catholics who are indigenous. Canada’s indigenous people belong to the Métis, Inuit, and First Nations groups.

Francis held private meetings with representatives of the Métis, Inuit, and First Nations peoples at the Vatican at the end of March and beginning of April, and has spoken about the sorrow and solidarity he expressed for the harm they have suffered.

Why now? The timing

Canada’s Truth and Reconciliation Commission report was released in 2015, and requested an apology from the pope for the abuses it uncovered within one year of its release.

The pope’s poor health has impeded some of his trips and events this year, but the condition of his knee has slowly improved with rest in recent weeks.

The 85-year-old pope has been suffering from health problems of late, and has used a wheelchair frequently for months due to a knee injury.

He was scheduled to visit the Democratic Republic of the Congo and South Sudan July 2-7, but postponed the trip “at the request of his doctors.”

Here is a more detailed look at Pope Francis’ most recent itinerary.

He is expected to arrive in Edmonton, Alberta at 11:20 a.m. local time July 24, and to receive an official welcome before taking the remainder of the day to rest.

The next day, July 25, the pope will meet at 10 a.m. with members of the First Nations, Métis, and Inuit peoples in the unincorporated community of Maskwacis, near Edmonton. This will not be the first time the pope has met with Canadian indigenous people; in March, Pope Francis met with representatives of the Métis and Inuit indigenous peoples, and with the Canadian Catholic bishops, both at the Vatican.

Then, at 4:45 pm that same day, he will meet with indigenous Catholics at Sacred Heart parish in Edmonton.

On Tuesday, July 26, Pope Francis will celebrate Mass at Commonwealth Stadium in Edmonton. Later that day, he will participate in a pilgrimage to Lac Ste. Anne, a site which plays host annually to thousands of pilgrims, billing itself as the largest annual Catholic gathering in Western Canada. July 26 is celebrated in the Catholic Church as the feast of St. Anne, the grandmother of Christ. The pope will also celebrate a Liturgy of the Word at the site.

On Wednesday, Pope Francis will depart Edmonton and fly to Quebec City, the capital of Quebec. He is set to be welcomed by the Governor General of Canada, and will meet with Justin Trudeau, the Prime Minister. Later he will meet with civil authorities, representatives of indigenous peoples, and members of the diplomatic corps

The next day, July 28, Pope Francis will celebrate Mass at 10 a.m. at the National Shrine of Saint Anne de Beaupré. That evening, at 5:15 am, the pope will pray Vespers with bishops, priests, deacons, consecrated persons, seminarians, and pastoral workers at the Cathedral-Basilica of Notre-Dame de Québec.

Then, at 12:45, the pope will depart Quebec and fly some five hours north to Iqaluit. Home to only 7,500 people, Iqaluit is the capital — and only city — of Nunavut, Canada’s northernmost and most sparsely populated territory. The area has been used as an Inuit fishing hub for thousands of years.

In Iqaluit, Pope Francis will meet at 4:45 p.m. local time with students of the former residential schools of Canada.

How does one watch coverage of Pope Francis’ events in Canada?

EWTN will provide live coverage of the papal trip, which can be found through the network’s program schedule.

If you value the news and views Catholic World Report provides, please consider donating to support our efforts. Your contribution will help us continue to make CWR available to all readers worldwide for free, without a subscription. Thank you for your generosity!

Pope offers best wishes to Italian President on his birthday

Four children killed by a landmine in Yemen as truce holds

Pope offers best wishes to Italian President on his birthday

Cardinal Parolin honored to be sent by Pope to the DRC,...

Uncomfortable Lessons from the Martyrology

The Roman Martyrology is a vital, if uncomfortable, antidote to many modern poisonous...

A current Supreme Court case may overturn affirmative action - is this a good or... St. Albert the Great: Saintly Scientist for the Modern... 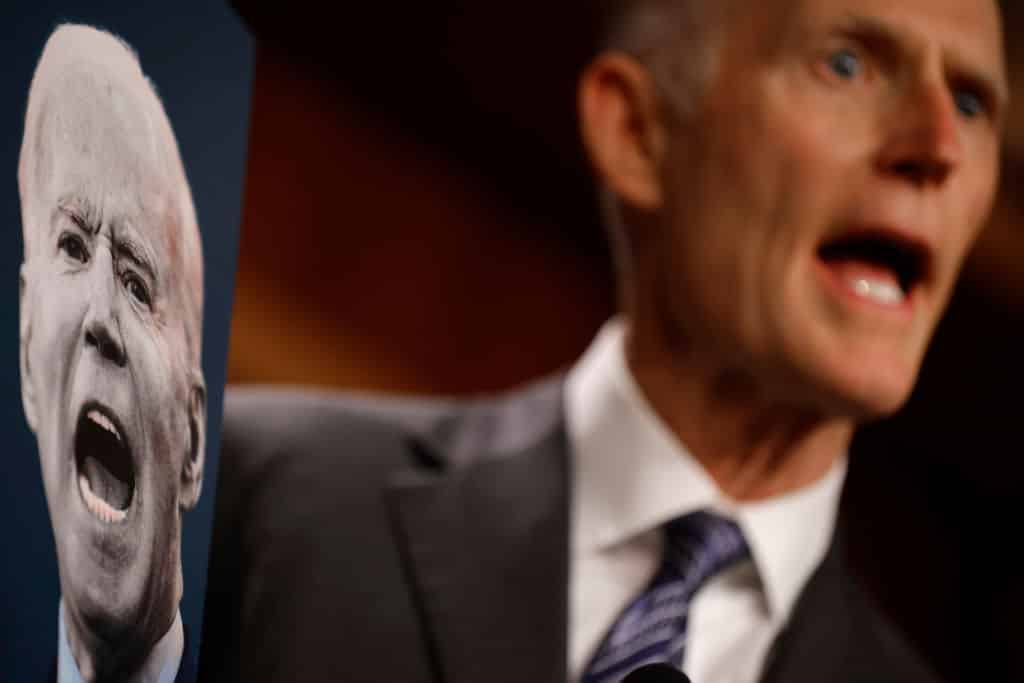 The fact the White House is considering a limited abortion health emergency declaration...