A Restoration of Hope

Above: Immaculate Conception Church postcard, c. 1910. Quietly, around the world, the Catholic faithful who believe in restoring and preserving the sacred traditions of the Catholic Church are finding each other and, with the leadership of their pastors, are helping […] 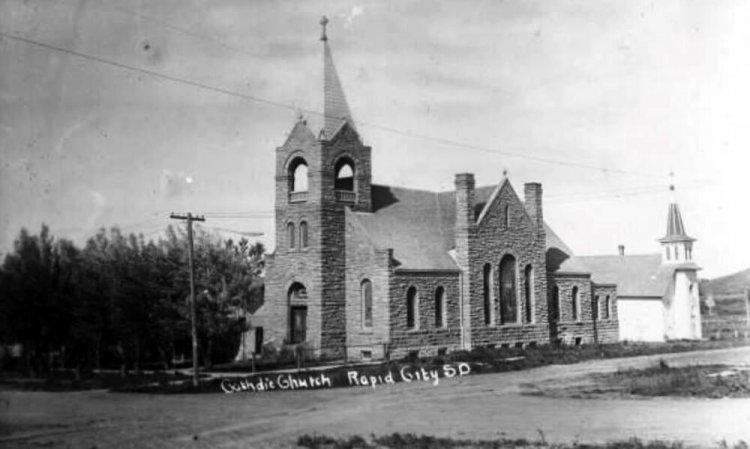 Quietly, around the world, the Catholic faithful who believe in restoring and preserving the sacred traditions of the Catholic Church are finding each other and, with the leadership of their pastors, are helping rebuild and restore hope. We see this evidenced in a resurgence in traditional Catholic publishing, a renewed interest in preserving art and architecture, and a growth in Catholic homeschooling.

The Immaculate Virgin has planted seeds of restoration in our midst. In certain places, sometimes highly unexpected places, those seeds are flourishing.

Over the last two years, many families have picked up and moved around the country to find a better, a different life. With the growth of live streams and recent media attention, many also came to discover and love the Traditional Latin Mass. Some have made their decision to move based on where they can find the Ancient Mass and pastors committed to carrying forward the great traditions of the Catholic Church.

Immaculate Conception Church in Rapid City, SD is one such place. This is a parish community that has seen unprecedented growth over the last two years, including a majority of families opting for homeschooling and having enthusiasm to take on big projects that proclaim the glory of God.

At Immaculate Conception, there are two very important manifestations of this: an ambitious project that is restoring beauty to an historic church and a homeschool cooperative, Turris Eburnea, that is just the first step in restoring sacred teaching to education.

The Catholic Church in the Dakotas

The church holds an interesting place in the history of the Catholic Church in the American West, which can trace its roots back to the initial ministry of Father Pierre Jean De Smet in the Dakota Territory in 1839.

When the Dakota territory became North and South Dakota, there was a single Diocese for the entire state of South Dakota.  The Catholic population grew quickly and by 1902 the initial Diocese of Sioux Falls was split in two. The city of Lead, South Dakota became the See for the new Diocese. Not too far away, Rapid City was growing quickly. A small white structure, St. Mary’s Catholic Church, was built there in 1882. This was the first Catholic church in Rapid City. The congregation at St. Mary’s soon reached capacity and moved to a newly constructed Romanesque Revival building next door. This rustic new structure was commissioned for $25,000, and built out of indigenous, hand-cut sandstone. It was named St. Mary’s Immaculate Conception Church and dedicated in 1911. The church went on to become Immaculate Conception Cathedral when Rapid City became the See for the Diocese in 1930. Growth continued, however, and so the church had a relatively short run as the cathedral, lasting only until the move to a newly built cathedral was completed in 1962. The church was placed on the National Register of Historic Places in 1974. It went mostly unused and nearly untouched for many years. The Return of the Latin Mass

This changed in 1992 when the Priestly Fraternity of St. Peter (FSSP) began to offer the Traditional Latin Mass there. Ultimately, the community was formally recognized as a Parish by the Diocese in 2014, remaining under the pastoral care of the FSSP to this day.

Throughout its history at Immaculate Conception Church, the congregation has carefully maintained the now 114-year-old building. Much generosity and hard work went into reinforcing the infrastructure and the exterior. On the interior, past attempts to maintain the paint had resulted in a mismatch of styles and colors as well as damage to the stencils and decorative artwork. These praiseworthy efforts, from the mint green on the nave walls to the pink found in the sanctuary, unfortunately dimmed the brilliance of the deep jewel tones of the exquisite stained-glass panels.

Discussions and fundraising for a restoration and beautification project had been ongoing for several years. But in the last 18 months the seeds of Our Lady began to flourish, and fresh momentum was regained. A new liturgical arts designer was selected, and a new plan was created and approved by the Diocese. Investigations by the liturgical arts designer uncovered what the interior once looked like. Peeling back layers of old paint revealed a deep golden ochre color palette and the original stencil designs. With this as a starting point, a small pilot was conducted in January to restore St. Joseph’s altar and to finalize the color scheme and stencil patterns. The Parish named the new effort “A Restoration of Hope.” In the Sunday bulletin the Pastor articulated the ultimate goal:

The Gospel can and should be enshrined in the buildings where we work and pray. Architecture is a sort of wordless form of Revelation that should lift our minds and souls to God and should act as a positive influence on the interior development of our souls. Too often today meaningless and uninspiring forms are used. Too often art and architecture are plain ugly. In renewing Immaculate Conception Church’s art and architecture, we will broadcast to the world the good news that the Faith is still alive and well, and that the Tradition of the Church will be carried forward into the future. We will pass to the young ones of our parish a coherent and inspiring vision of what the Faith is:  The Truth that will never be erased from the world.

Now the Parish has resumed raising funds in earnest so that Phase 1 of the work will carry on without further delay. Phase 1 is focused on the sanctuary in full glory and honor to the Blessed Sacrament. Some remaining building upgrades and general painting throughout will also be completed. We encourage you to learn more about this exciting project that serves as a bright example of how to restore and preserve the traditions of the Catholic Church and its sacred art and architecture. Please also consider helping the Parish get closer to their fundraising goal by contributing on their website.

Hyperpapalism and the Body Politic

Integralism is Christendom – Pt. I

Hyperpapalism and the Body Politic 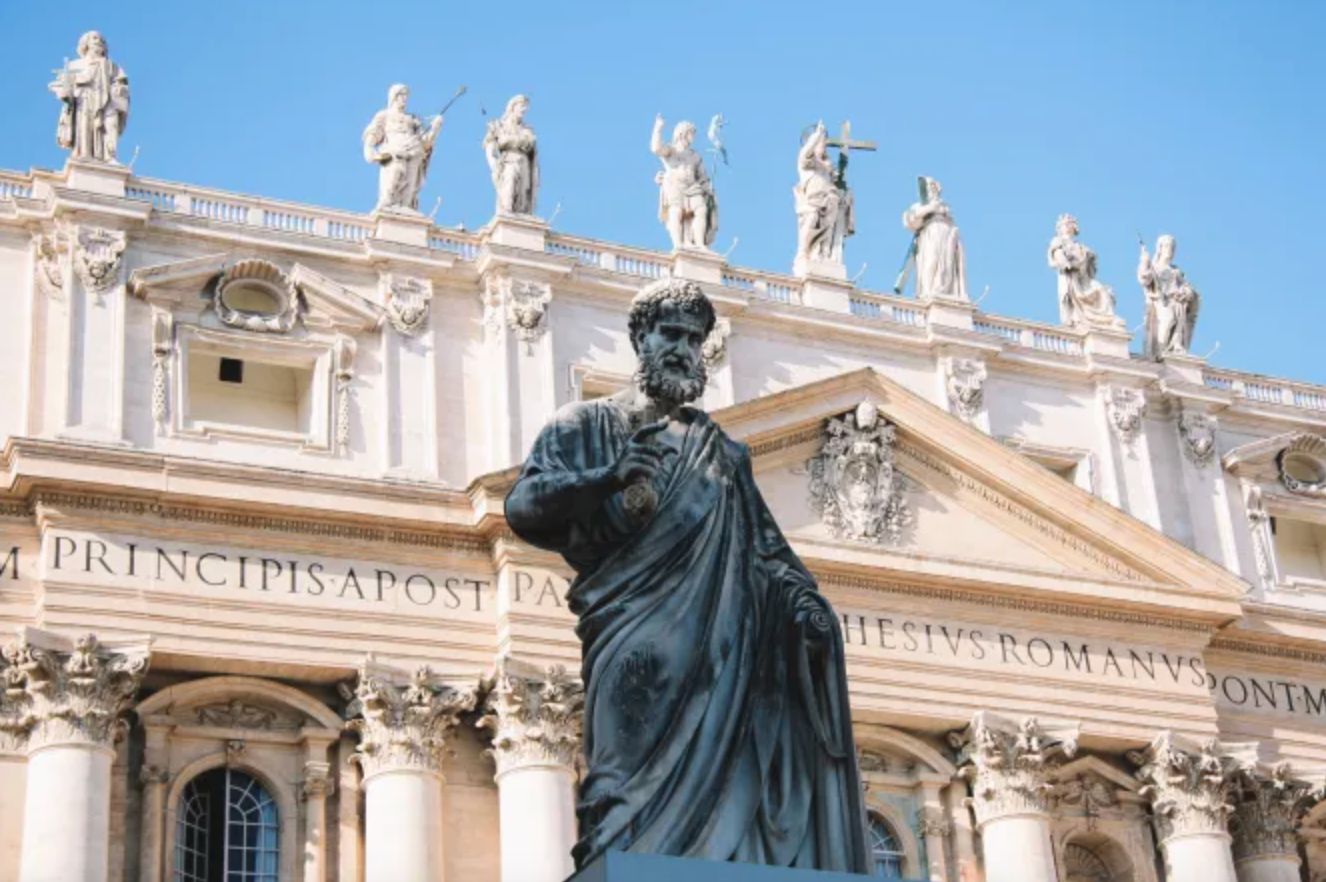 The Rise of Bureaugamy: What It Means for Social Conservatives

For unmarried women, the modern administrative state has taken the place that husbands...

The Forgotten Virtue of Patriotism 

We are not called to flee the battle for our native land, our heritage, and our... Above: Chancery of the Archdiocese for the Military Services, USA, in Washington,...