How to Make an Atheist

Atheism is the zeitgeist of our times and the default state of the average citizen. According to a 2022 study, roughly 50% of the populations of most Western countries identify as atheist or its noncommittal cousin, “agnostic.” The world has fallen so far that any religious activity whatsoever is an aberration, nevermind strict adherence to […] 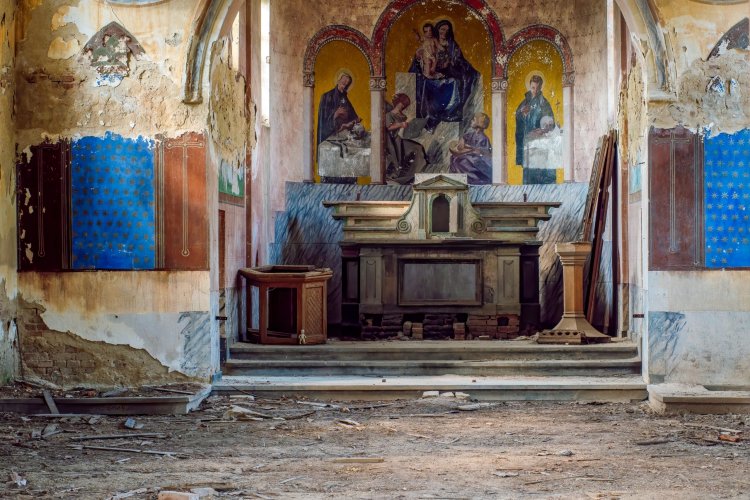 Atheism is the zeitgeist of our times and the default state of the average citizen. According to a 2022 study, roughly 50% of the populations of most Western countries identify as atheist or its noncommittal cousin, “agnostic.”

The world has fallen so far that any religious activity whatsoever is an aberration, nevermind strict adherence to “the Way, the Truth, and the Life.”

But it’s important to remember that the world was not always this way. It was deliberately made this way through the scheming of the enemies of Christ.

We live in a pagan world yet again. What’s more, we now live in a post-Christian pagan world–a world that has heard the Gospel but ignored it. In his 1971 book The Gods of Atheism, Fr. Vincent Miceli argues that atheism is more appropriately termed anti-theism. It derives its identity and character from what it rejects—that is, God. It doesn’t believe in anything; it disbelieves in something.

Today’s atheism is based not on confusion or incomplete truth, but on a wholesale rejection of revealed truth. Fr. Miceli’s task in this book is to show that atheism, far from being a natural or organic human activity, was a calculated movement that has at its origins the deliberate, organized construction and promulgation of an erroneous creed. In a series of intellectual biographies, Miceli studies the “godfathers” of atheism, covering 17 figures who are responsible for the deconstruction of Christendom and the subversion of the very idea and practice of supernatural faith.

But also included are more subtle purveyors of atheism, some of whom even claimed Christianity, such as “new radical Protestant theologian” William Hamilton (1924 – 2012).

The through-line is a shared practice of Humanism—a man-centered religion that traces its roots to the so-called Enlightenment.

As Fr. Miceli says: “atheists, like saints, are made not born.” Here is a brief summary of how they are made:

Step 1: Worship the Self

As the title of the book suggests, atheism is not the lack of worship, but the worship of idols. Due to our ontological state and teleological longing for God, avoiding worship altogether is impossible for human beings. Rather, when God is removed from His proper place as the object of man’s worship, then something, anything else will take His place.

This idolatrous substitute is most often the self—Lucifer’s creed of pride, self-worship, and self-will over the will of God.

Disordered self-love is the easiest and most failsafe method of atheism, for each person has a self-will that, without practiced submission to the will of God, dominates our actions in our fallen state.

Fr. Miceli explains that atheists often begin as lukewarm believers. The obstinate mortal sinner who prizes self-will above the will of God is already acting as a “practical atheist,” as he terms it. The raw material of atheism is there, and, if the man does not repent, the logical conclusion of his practical rejection of God is an eventual dogmatic rejection of God. To assuage the conscience, entire creeds are drawn up to justify and enshrine these actions of pride and sinful license.

“The first shoots of atheism arise from the ground of man’s infidelity toward God. In the beginning, these infidelities may be regretted and resisted. Somewhere along the line, however, a person permits more frequent infidelities, settles down at peace with them, and finally abandons the fight for fidelity to God altogether. A decision is firmly made against God.”

We see here that the impulse toward atheism is in all of us—it’s a consequence of concupiscence. But the difference that characterizes our post-Enlightenment age is the denial of the reality of this sin of pride, and subsequent enshrining of self-love as a quasi-religious principle. Rather than repent, the practical atheist draws up high-minded constitutions that allow him to continue in sin by abolishing sin. Atheism is an elaborate cope for refusing to turn away from sin.

“Once the individual’s denials of God become mentally and volitionally habitualized, once these denials are incarnated into his goals, motives, and enthusiasms—into his project for life, however naturally noble or humanitarian it might may be—once, in a word, his rejection of God has been universalized, then the unbeliever has raised his particular atheism to the level of doctrine as well as of practice. For such a person, atheism becomes a theory, a principle, as well as a practical way of life, that justifies metaphysically, theologically, and morally all human thought and endeavor as being necessarily opposed to the very idea of God.”

Step 2: Attack the Dignity of God

The calculated toppling of Christendom, through a series of events that include the Protestant revolutions and the French Revolution, has accomplished the sad state of affairs in which atheism reigns. Once the social kingship of Christ was demolished, His very Divinity could be targeted next.

As Dom Hubert van Zeller wrote regarding necessary liturgical reverence: “Where the dignity of Christ is lost sight of, the divinity follows suit.” For religion to be taken seriously by the people, that religion must first be serious, be taken seriously by its practitioners, and be accompanied by appropriate dignity in worship in accordance with the Truth for which it is vessel.

Several of the men profiled by Fr. Miceli ridiculed religion before mounting an organized intellectual attack against it. Atheists therefore use the insidiously effective weapon of scorn to backhandedly attack religion. Fostering disdain and resentment for the Faith are more powerful in the long run than an outward onslaught.

One of the major shifts of the Enlightenment was from a priori thinking—”before the fact,” based on first things, deductive reasoning—to a posteriori thinking—after the fact, requiring tangible evidence, inductive reasoning. Empirical evidence—evidence that can be perceived with the senses—was enthroned as the only acceptable means of proving anything.

Fr. Miceli explains how empiricism is the enemy of faith. While miracles can aid our faith, faith has never been based on “evidence” per se. Such an approach defeats the purpose of faith. “If God could be accepted with the same ease as we accept the law of gravity, faith and love of preference as priceless moral values would no longer be existent.”

Making an idol of science is a surefire way to plant enough doubts into a man’s mind that he rejects metaphysics on principle and denies the possibility of faith in God altogether:

“The person who sulks in atheism because he has no sensible evidence, no solid physical facts for God’s existence opens himself to the critique of being petulantly unreasonable in demanding what is impossible.”

In each atheist’s system of thought, that alternative heaven is always some variation of this world (afterall, there is no other).

This is why the idea of a worldly utopia is so prevalent in atheist thinking. Utopia is the perennial false promise of communism. Marx’s nonsensical article of faith that once perfect socialism was achieved, the authoritarian state would simply “wither away” belies a presumptuous naivete about man’s own goodness. In a fallen world, no utopia is possible. Catholics understand this; atheists pridefully attempt to override this.

Utopias of varying degrees of absurdity were concocted by these godfathers of atheism. One particularly odd cult was former Catholic and child of the French Revolution Auguste Comte’s (1798 – 1857) “Religion of Humanity,” otherwise known as Positivism, which retained elements of religion in its rituals, feast days, and regalia—a confused appropriation of faith.

Individual worship of self, through the Kantian moral imperative, transmogrifies into a universal worship of man. As one of the characteristics of man is his free will, worship of man necessitates relativism, which is how we end up with the Satanic Creed “do as thou will,” and, more recently, “who am I to judge.”

In all literature about the Antichrist, the Man of Sin’s kingdom is portrayed as an earthy utopia.[1] Imbibing the satanic principles of atheism, the Antichrist promises bread and circuses, and, more seductively, tolerance of error and sin. In a denial of objective truth itself, all religions are happily synthesized into a Cult of Man. There is no taking up your cross in the Antichrist’s kingdom. There is pleasure and natural happiness with one central thing missing: Truth.

Fr. Miceli’s The Gods of Atheism is therefore an indispensable companion to his analysis of the Antichrist, written ten years later. These godfathers of atheism can rightly be seen as agents of Antichrist at work in the world to ready his throne. False ecumenism and atheism are twin ideologies that point the searching soul away from God’s objective truth and encourage the glorification of man. When navigating a world polluted by atheism, it is essential to understand where this anti-doctrine came from. It did not spring up overnight, but can rather be traced to a specific set of thinkers who rejected God first in their hearts and then in their words. Fr. Miceli adroitly equips readers for informed discussions about the true nature of atheism and its consequences.

[1] See, for example Fr. Robert Hugh Benson’s Lord of the World, in which the Antichrist is portrayed as a popular charismatic leader who promises all things to all people—in this world, at least. An analysis is available here.

A Catholic Approach to Mental Health

He Will Not Leave Us Orphans

How Pro-Life Fathers Can Evangelize the Culture

Praise the Lord, Who Lifts Up the Poor

Joyful Renewal in the Easter Sacraments

Election 2022: Night of the Walking Dead

Although Election night was not good news for the GOP, Democrats have proven themselves...

Love the Lord by loving the poor, pope says at Mass

VATICAN CITY (CNS) — Wars, famine and calamities of every kind can tempt Christians... 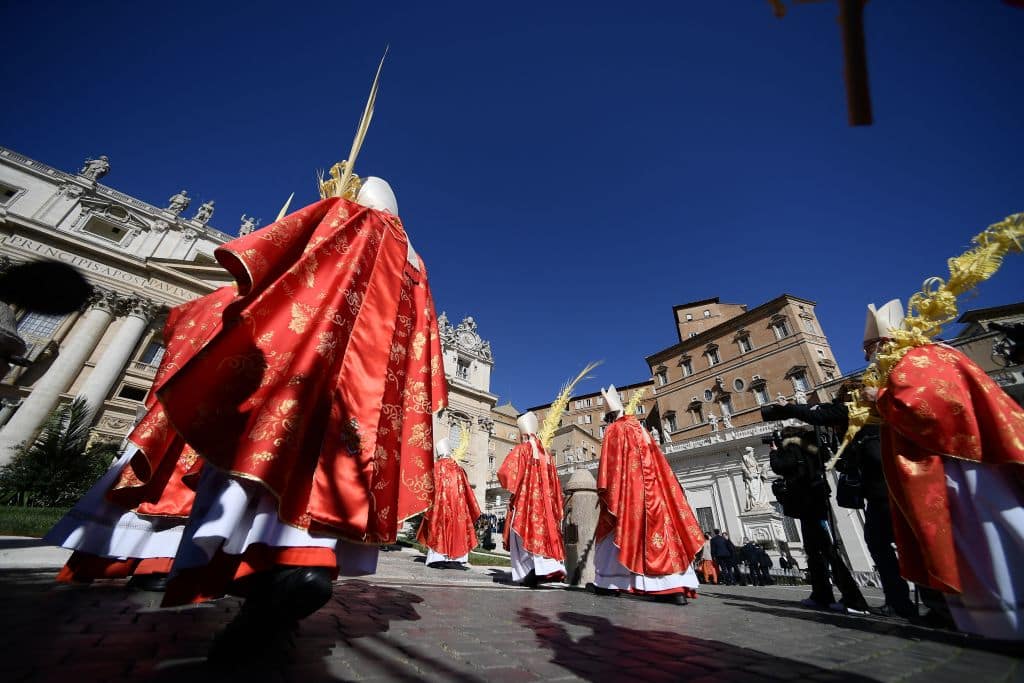 Pope Francis represented a significant break from previous Popes. Although of Italian... 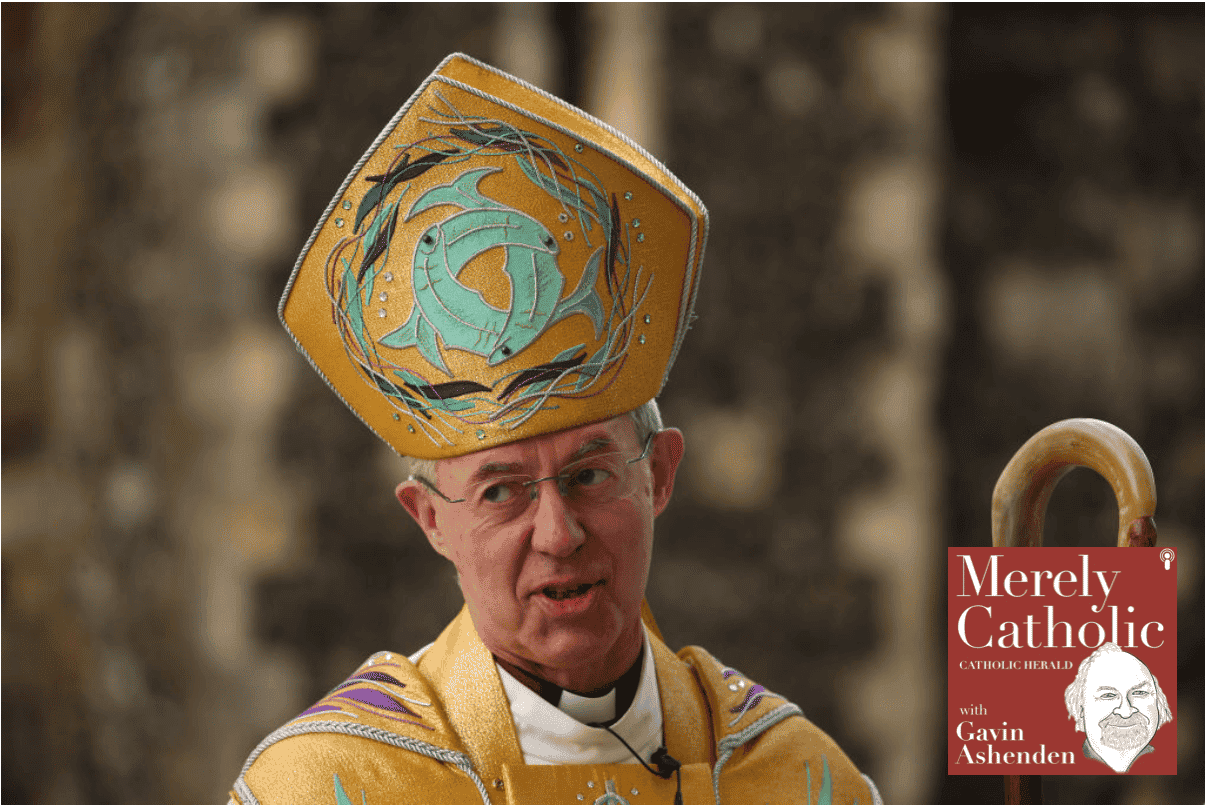 Merely Catholic: When Faith is Sacrificed to Fashion with...

Ann Widdecombe, the former Conservative Cabinet Minister and MEP for the Brexit...